Is Microsoft bringing the joy and community of gaming to everyone? 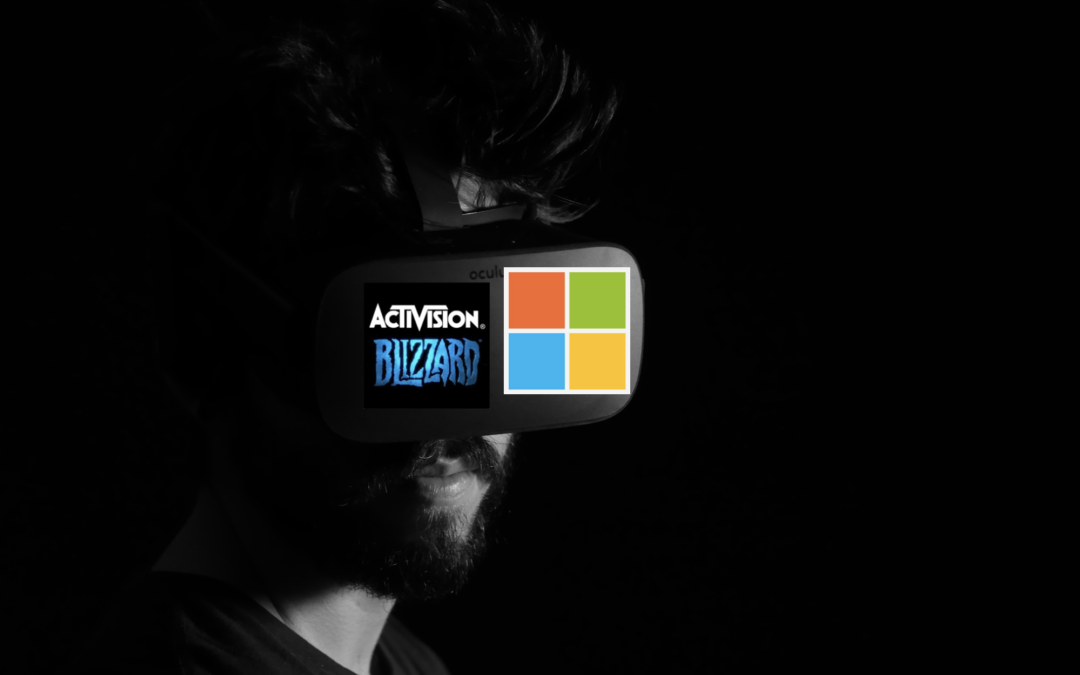 On January 18, 2022, Microsoft announced the intention to acquire Activision Blizzard with the vision of bringing the joy and community of gaming to everyone, for $95 per share, which equals a transaction value of $68.7 bn. This is a bit more than eight times of the revenue that Activision Blizzards expect to have in the fiscal year 2022.

Until the acquisition closes, the companies will run independently. After completion of the transaction, Activision Blizzard wil report to Phil Spencer, the newly appointed CEO of Microsoft Gaming.

This acquisition makes Microsoft the third largest gaming company by revenue, after Tencent and Sony.

The stock markets reacted with a sharp increase of Activision Blizzard shares to about $87, while Microsoft stock largely followed its pre-existing slight downward trajectory.

Here my analysis in a brief video.

We have currently around 3 billion people and growing, who are actively gaming. Millennials and younger do not even know a world without social media and smart phones. They often play using mobile devices. Microsoft, on the other hand, is available on basically every device and offers quite some hardware, too, either directly or via partners. Additionally, Microsoft already before was a known entity in the gaming market, e.g. owning gaming platforms like Minecraft and Doom. Still, according to Shacknews, Microsoft seems to have missed the own growth targets, even though an increase of Game Pass holders from 18 million to 25 million in the year 2021 is quite significant.

Apart from the ubiquitous blockchain, NFT, DAOs, VR and other technologies, gaming is also one of the key ingredients to any upcoming metaverse, not in the least because of the widely offered possibility to create (and monetize) own worlds in the gaming engines that allow for immersion and the built-in offered possibility to virtually meet in the forms of avatars.

And as “Metaverse” is largely uncharted land, there is a move to set standards by various companies, Meta, Nvidia, Sony, Tencent, Google, Apple, to just name a few heavy hitters. Following common business rationale, these standards need to be set fast, before someone else does, and especially before regulation kicks in.

My PoV and Analysis

$68.7 is a whopping number that not many companies are able to pay. However, with a multiple of around 8, this is technically not an expensive acquisition. Yes, it still is a lot of money. It easily dwarfs the price that Take Two paid for Zynga ($12.7 bn) or the acquisition of LinkedIn by Microsoft ($26 bn). Or Microsoft’s 2021 acquisition of Nuance Technologies for about $20 bn.

Both companies are highly profitable and complement each other in the gaming world. And, as said, together they are number three in a platform market. This is the short-term play.

As Microsoft CEO Satya Nadella is quoted in the press release: “Gaming is the most dynamic anc exciting category in entertainment across all platforms today and will play a key role in the development of metaverse platforms. We’re investing deeply in world-class-content, community and the cloud to usher in a new era of gaming that puts players and creators first and makes gaming safe, inclusive, and accessible to all.”

Fellow analyst Jon Reed agrees. He considers this acquisition a “gaming play with a semi-trojan-horse long game as a “metaverse” play for Microsoft. Microsoft has the $ to place a big metaverse bet without facing too much downside.”

As gaming is, “Metaverse” is a platform play. Platform plays are about access to huge numbers of people and masses of personal data. This deal ties a massive community of gamers to Microsoft and therefore strengthens Microsoft’s access to this personal data. Microsoft without Activision wouldn’t have enough critical mass in terms of the size of its gamer community while Activision Blizzard would have been small fry by valuation. Tencent and Sony are the numbers one and two with valuations of $570 bn and $154 bn, respectively. Having said this, Electronic Arts, Epic are even smaller than Activision Blizzard. Even Roblox is smaller, but then this company is on a different trajectory.

All these companies will feel the pressure. Other companies with “Metaverse” aspirations, too. Microsoft just upped the ante.

One of the big remaining questions is: Will this merger succeed? Apart from regulatory considerations that seem to be partly addressed by forming a unit “Microsoft Gaming” with an own CEO?

Looking at this topic, two very different ones collide with Microsoft and Activision Blizzard. While Microsoft is very strong on compliance, inclusion and non-discrimination, Activision Blizzard has exhibited a very toxic work culture. Analyst (and gamer) Marshall Lager says that “the company has seen the departure of several executives and development leads due to allegations of improper behavior, and the company as a whole has been implicated in union-busting and other unfair labor practices.” He continues: “If this deal goes through, Microsoft will have some delicate juggling to do. On the one hand, it should not mess with Activision Blizzard’s creative or marketing efforts, because that company’s brands are among the most popular and lucrative in the industry, with considerable fan support. On the other, it needs to do something in those very areas, because it’s where all of the sexual harassment and abusive labor practices have occurred over the years […]. How do you change the people and the behavior while maintaining the quality of their output?”

The success of this merger will largely depend on successfully bridging exactly this gap.

One other thing is for sure. This acquisition clearly shows that the dream of a Web 3 as being an open decentralized version of the Internet just tanked. Remember: Web 2 or the original Internet have started with the idea of being open and decentralized and see what happened. Three times is not the charm here. At least not without strong regulation.