Why the Phone is Dead – And How to Accommodate for It 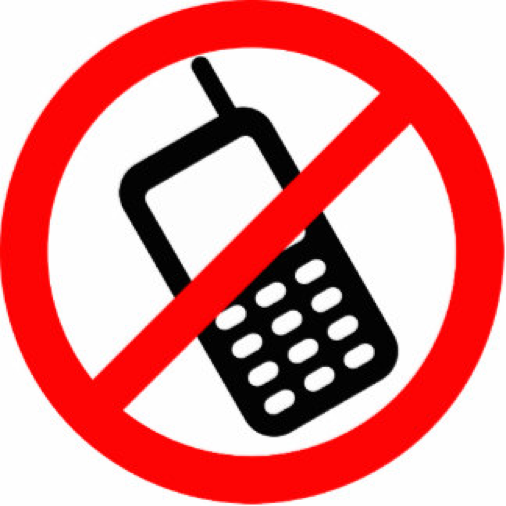 As our (digital) lives circle more and more around mobility, and consequently the mobile phone, the questions around communication-, and in particular around service- and support channels become more interesting by the day.

Facebook triggered what can be dubbed a little revolution when opening its messaging platform for chatbots in 2016; meanwhile even Skype offers chatbot support. It is safe to say that chatbots have been one of the main technology trends in 2016. Slack, originally released only mid of 2013, has become one of the main collaboration- and communications platforms. Artificial Intelligence and machine learning in various flavors and strengths have become part of many business applications throughout business’s value chains. And the combination of conversational user interfaces and AI/machine learning has the potential of changing the way people interact with businesses (and data, for what it is worth in this context).

Intelligent, conversational systems are what we are about to see, first predominantly using chat-like user interfaces, then also merging voice into the mix, first to cover isolated situations, then increasingly for more complicated ones.

Business Insider reported in September that the usage of chat apps has surpassed the usage of social media, measured in monthly active users. 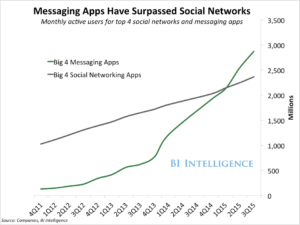 Additionally, Google found already in 2014 that 59 per cent of smartphone owners globally install games within a week of getting the phones, which is a higher percentage than any other type of app. On the other hand, a quarter of app users install an app, open it once, and do not return ever. And a whopping 40 per cent of smartphone users will be less likely to return to a mobile site or app if it does not quickly satisfy their needs.

Conversely, eConsultancy found already in 2013 that live chat has the highest satisfaction rating amongst all customer service channels, this although it wasn’t one of the mainly used channels at that time.

… is somewhat mundane. Customers increasingly rely on few channels, expect information about their requests and history being readily available at any time, and want to get service and support at their pace, not the company’s. And apps are increasingly at risk of not being one of these channels. Companies need to be able to provide customers with compelling reasons for downloading and continuing to use their app; they need to add value. I have covered these topics before, e.g. here and here. Mind you, many others have, too.

The gist of it is that customers do not want to put up with yet another app, expensive support lines, automated phone systems, long waiting times and annoying music or – worse – statements on how important their call is to the company while being told that all agents are busy.

Companies, on the other hand, are still thinking in terms of omnichannel and have many disparate entry points. Or probably I should say that they are, driven by the vendors, just now arriving at the notion of omnichannel.

There are three significant problems with this – at least.

As I have pointed out before these issues, in combination with technological advances will lead to drastic changes in the delivery of customer service. While, according to eConsultancy, in 2013 43 per cent of customers picked up the phone for a general inquiry, we can expect this to go down even further. The telephone, especially the landline, is a legacy system.

Today, people start with Google, and then expect a chat window on the web site, if a quick search of the site or community doesn’t help. Similar, when being in-app. There simply is no point in changing from one app to another, to get an issue resolved.

The telephone, as a technology, will be one of the next casualties of continuous improvements of customer service and customer experience improvements.

Telephony can, and thus will be replaced by the already existing ability to provide chat and voice communication directly through the used channels, e.g. using WebRTC or similar technologies. It does not make much sense to change from one app to another, be it the web browser, a vendor app, or – even worse – a messaging app, to another one, just to call for support.

The issue of switching channels gets compounded when the customer is using a laptop/desktop computer or a tablet. In these situations, they even unnecessarily need to use another device.

Instead, service and support will be offered directly in place, something that an increasing number of companies already start to adopt by offering chats directly from the web sites or in-app, or even voice calling services. One could say that chat has become nearly mandatory on the web site already.

We can also see a convergence from the other side. Messaging services opened up to provide a platform for businesses to offer their services, so that customers do not need to leave this familiar environment.

So, in summary, the future of customer service that I do see will converge technologies.

The conversational support in dialogues and partly also in search interactions will be delivered by humans as well as machines. And it will happen without picking up a phone – in not too distant future.

Apart, of course, from the obvious direct human to human contact that will continue to exist.