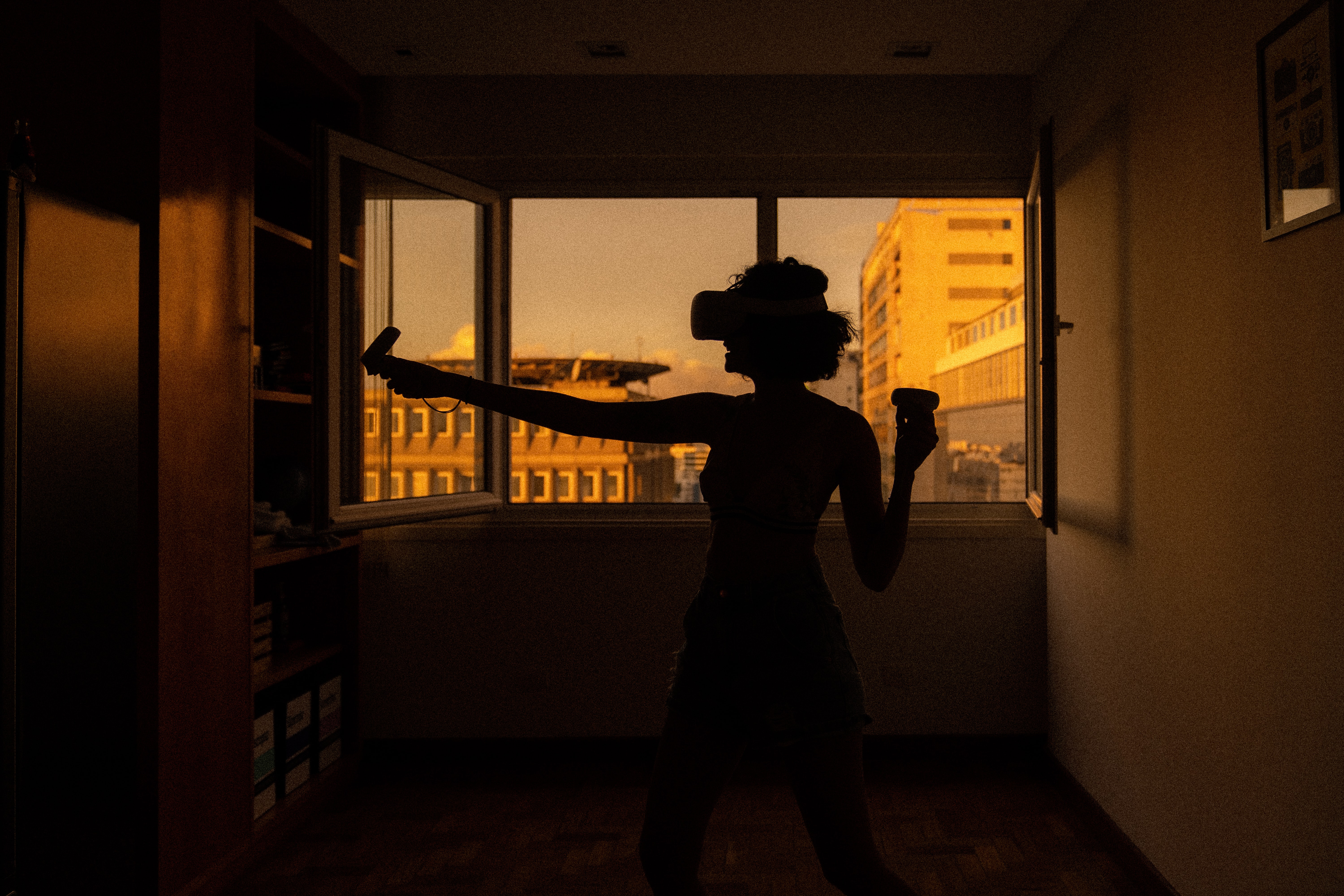 In the first part of this article, I explained why there is no metaverse (yet), although the idea is around for quite some years. Despite the current hype, it is just a re-emerging topic. Foundational technologies like VR are around since as long as the 50s although VR really entered our minds only in the 90s. The Virtual Reality Modeling Language VRML got standardized in 1994 and its successor X3D in 2004. Half Life with the first highly immersive world was released in 1998.

I went into some definition and laid out a framework for a kind of an architecture that can support whatever this idea evolves into, with some emphasis on common standards and some governance. These are necessary, because the metaverse is nothing more than a platform of platforms, which means that at the end of the day it is a kind of a protocol.

Or else we will see a collection of (competing) multiverses.

I closed with some questions that need to be answered.

Now that the definition work is out of the way, one of the main questions is what the value that a person or organization can expect from being involved in or using “metaverse” is. After all, it is real money that is spent, whereas the whole concept of metaverse is digital and virtual.

That raises several interesting questions like: Where is the link between the physical and the digital world, if any? Where is the problem that cannot be solved without the or be solved in a better way using “metaverse”? Can “metaverse” solve real-world problems at all? Does it need to? Or, on another level: Will all the involved technologies, e.g., the ones stated in the first part of this article, converge to a solution or will they stay mainly separate?

In brief asking “why metaverse” is another form of asking: What are the use cases?

Reading a lot of posts and article around this, it is apparent that the vast majority of authors is looking at consumer oriented B2C or retail use cases. There does not seem to be much thought about how to use what is now touted metaverse technology in B2B use cases.

Looking at what is happening now with sites like Decentraland, a 3D virtual world browser-based platform, and similar sites, we e.g., see a lot of sale of virtual land. According to a MetaCentric Solutions report quoted by CNBC, real estate sales on the four largest metaverse platforms alone topped $500 million in 2021 and reached as much as $85 million in January 2022 alone. Another high-visibility use case is the sale of non-fungible tokens, NFTs. The mechanisms that are applied in both cases are basically 1:1 translations of physical mechanisms into the virtual realm. Virtual “land” is scarce, and its value depends on the proximity to a preferred location like a “city center” or “land” that is owned by celebrities. Here we are basically talking about establishing virtual residences or virtual shopping centers like in the real world, creating demand/supply economics as in the real world.

Other current mainstream use cases include the sale of digital art as non-fungible tokens. An NFT is “unique”.

In addition to the virtual scarcity, there is FOMO, the fear of missing out.

What we also see is the move of events into “metaverse” platforms. There have been concerts on Fortnite or music festivals on Minecraft, even an MMA fight night on Decentraland.

And then, there of course is gaming. Many modern gaming engines are all about immersing oneself and/or creating own worlds.

Using these engines, gamers can create and monetize own worlds and artifacts in some gaming environments. Think Roblox as one well-known example. Gamers also spend a lot of money in gaming worlds to dress their avatars, by gear or to increase their chances to reach the next level. Brands like Ralph Lauren are already offering digital clothing collections for our avatars while Coca Cola and other brands are selling NFTs.

This is akin to us buying physical fashion, art or furniture for our houses.

Which, fun fact and shameless plug, colleague Mark Tamis and yours truly put into a “metaverse scenario” already in 2011. Are you into ancient history? Then read Mark’s post from back in the day. I think, in those days I even talked about using the XBox 3D cameras to create a virtual dressing room mirror to superimpose clothing to give a feeling how it would look when being worn by a person.

But, back to the topic. Following the idea of Maslov’s hierarchy of needs, one sees that for persons these use cases are clearly targeted at the higher order needs of esteem, aesthetics and self-actualization. Retailers, on the other hand, are still offered to cater to these by providing better online-offline (marketing) messaging using augmented and virtual reality.

One statement of caution is necessary. Today, it is hard to assess how many channels and interaction points “metaverse” adds to customers’ journeys. This is where the paradox of choice kicks in. If businesses offer their customers too many interaction points, they might send them into a selection paralysis, essentially stunning them with too many options to choose from. As a result, they choose none. Consequently, it is necessary to think hard, which interaction points to offer and which not

The even more interesting part of this is that both, the monetization as well as in-game transactions and the mentioned retail scenarios do not require crypto-technologies, which in consequence means that blockchain is not essential to the concept of “metaverse”.

But what about B2B?

Now, that I have covered B2C scenarios, the main question arises is whether there are B2B scenarios. There does not seem to be a hell of a lot of talk about them although the B2B area should be far bigger than the B2C field as it covers the whole value chain of a business.

Looking a little deeper, there are some, albeit mostly not yet following the new terminology of “metaverse”. Mostly, they deal with AR and VR and have a very wide range.

One of the best-known ones is the use of AR technology for field technicians, where the supporting system overlays data and or schematics to a system to help the technician doing the job faster. This is probably also one of the few cases that is in production.

Another of these cases is virtual collaboration. There are plenty of online collaboration tools around. These can be seen as a kind of precursor to “metaverse”.  They also can, and oftentimes will, be augmented with spatial computing technology to provide a collaboration environment that is more immersive. For example, Microsoft is combining MS Teams with its Mesh technology and HoloLens to do exactly that. It is still early stage but shows the way.

The rest is often a whole lot of “can be” and prototypes, like “metaverse” in HR. You will find a number of articles that deal with … how one can imagine a future application.

Some of the early scenarios actually quite intriguing. Most of these involve spatial computing in the form of 3D simulations. Think of being able to simulate the workings of a machine in a factory or to do visualize future route planning in a warehouse.

Microsoft seems to sense some application in the healthcare market, if one combines a $20 billion Nuance acquisition with an almost $70 billion Activision acquisition.

Also, the possibilities to directly interact with data in a novel way are immense.

That is why I am thinking that the B2B opportunity is far bigger than the B2C opportunity.

Did it materialize yet?

You bet! Too many business software vendors are investing into spatial computing, augmented reality, mixed reality and virtual reality technologies.

Should it be called “metaverse”?

The remaining big question is similar to the main question in the Lord of the Rings: Will there be the one to rule them all? Or slightly different: Who will rule?

I guess, that is worth a third article.