Another Strong Year for SAP 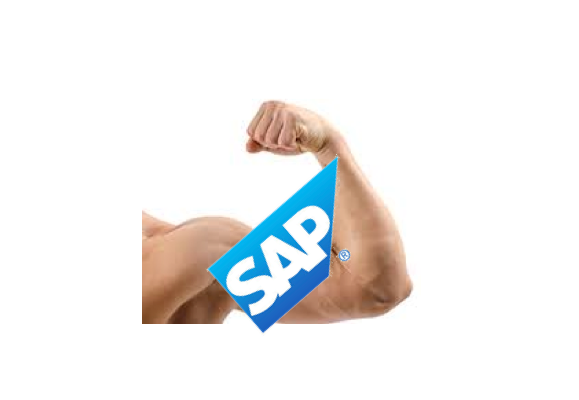 On January 24, 2017 SAP released its results of their fiscal year 2016 – and the fourth quarter thereof.

In a nutshell SAP:

This success has a slightly negative effect on the company profitability while it negotiates the shift from license revenue to subscription revenue while being in an investment mode. It, however, seems to be driven by an increasing adoption of S/4HANA, a strong increase of the Hybris set of CEC solutions, including e-commerce and increasing traction in the HCM space. So it is broad.

Based upon the strong delivery of 2016 SAP expects the cloud business to increase by up to 34 per cent in 2017 (all numbers of course at constant currencies) and increases its guidance of revenue and profit for 2017. In line with this the company is also bullish in its mid term outlook to 2020, which it increases, too.

Of course the big increase in revenues, expressed as a percentage, is partly owed to the fairly low number. In comparison Salesforce reported 2.14 Billion dollar for their third quarter alone, as opposed to 2.99 Billion Euro for SAP’s fiscal year. Oracle reported 798 million dollars in their FY Q1 report, so should be roughly on par with SAP. Unluckily it is hard to compare Microsoft numbers as they mix their cloud and business software numbers differently and they did not give numbers other than a 13 per cent increase for the Dynamics range of products.

Still it seems that SAP has finally found a strategy that the company is able to express convincingly and execute upon. I think the below diagram taken from the release slides shows it pretty succinctly.

Based upon a strong platform – the SAP Cloud Platform – SAP helps its customers to use insights to fuel transactions to gain more insight. Customer experience is only one piece of this picture, which correlates with my observations over the past 15 or so years. It also correlates with what then board member to be Bernd Leukert told the attendants of the Wispubs SAP CRM event in Orlando: “SAP is a Supply Chain Company”. Very much to the dismay of the attending CRM people, I must say.

The focus of SAP clearly lies within the company and its supply chain.

Add security, and industry orientation then one sees a company that is all about business processes and their effective and efficient execution. Published APIs are key for a thriving ecosystem, machine learning and blockchain represent technologies that open further avenues down the road.

Sensors and the (Industrial) Internet of things are playing a major role here. SAP acknowledges and embraces this with its massive investment into what has become Leonardo.

There is a notable topic absent on this diagram.

This is a strong statement, as I cannot imagine that this is by accident.

It is also straightforward. For SAP the intelligence lies within the applications. What is important is the input – loads of data – and the ability to provide and deliver models that can be trained to support specific business processes – machine learning.

In any case this absence turns the minds away from a hyped technology to being outcome driven. AI is a means to an end. Simple as that.

Friend Paul Greenberg recently searched for Optimus Prime. I think SAP now has established itself as a very strong contender – although I would still be very wary of Microsoft. The company shows a vision for its customers that embraces the whole value chain, with a focus on internal processes and the supply chain, but not neglecting customer facing processes.

Combining the technologies that it created (and acquired) over the past three to five years to business applications that enable a real time ‘control’ and intelligent forecasting abilities, combined with efficiency gains is a very compelling vision for business leaders.

I am looking forward to observing SAP in the coming years.