Platform play – How everybody wants to rule the world 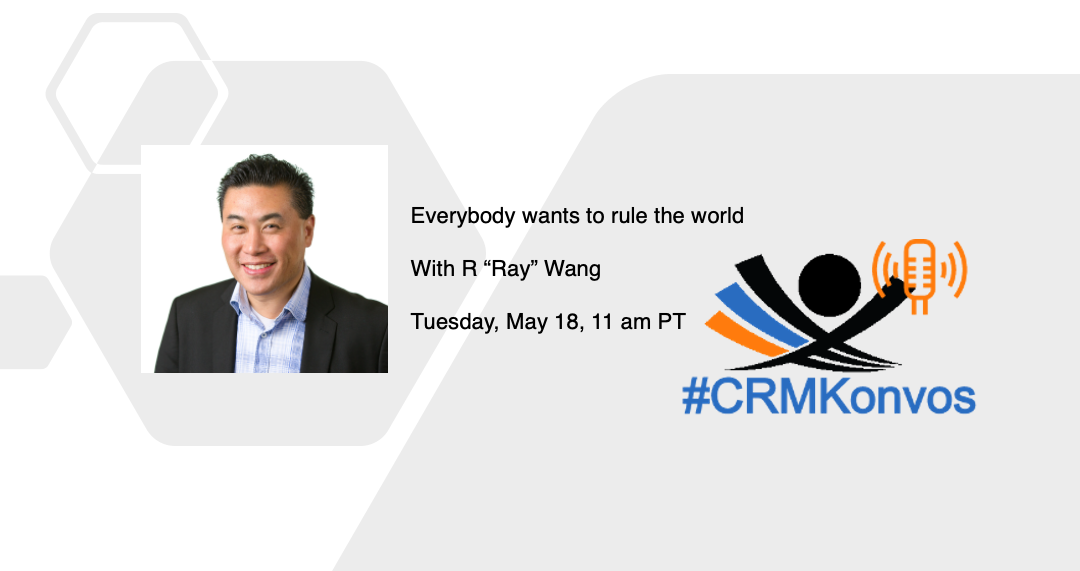 The CRMKonvos gang had the pleasure to host a show with R “Ray” Wang, one of the most renowned analysts of topics Digitalisation to Digital Transformation around. Ray is the CEO of Silicon Valley based Constellation Research Inc. He co-hosts DisrupTV, a weekly enterprise tech and leadership webcast that averages 50,000 views per episode and blogs at www.raywang.org. His ground-breaking best selling book on digital transformation, Disrupting Digital Business, was published by Harvard Business Review Press in 2015. Ray’s new book about Digital Giants and the future of business titled Everybody Wants to Rule The World will be released July 2021. Ray is well quoted, one of the most regarded analysts around and frequently interviewed in media outlets such as the Wall Street Journal, Fox Business, CNBC, Yahoo Finance, Cheddar, and Bloomberg.

And now he participates in a CRMKonvo.

With his new book about to be released, what better time is it to talk about what it takes to rule the world. Platform? Ecosystem? Guts? or just plain luck?

Well, as you can expect, Ray has some very distinct answers that he presents in his usual very convincing and vivid way. The digital giants rule, unless the playing field gets changed. How does it need to get changed? Well, listen to our CRMKonvo – and later read his book.