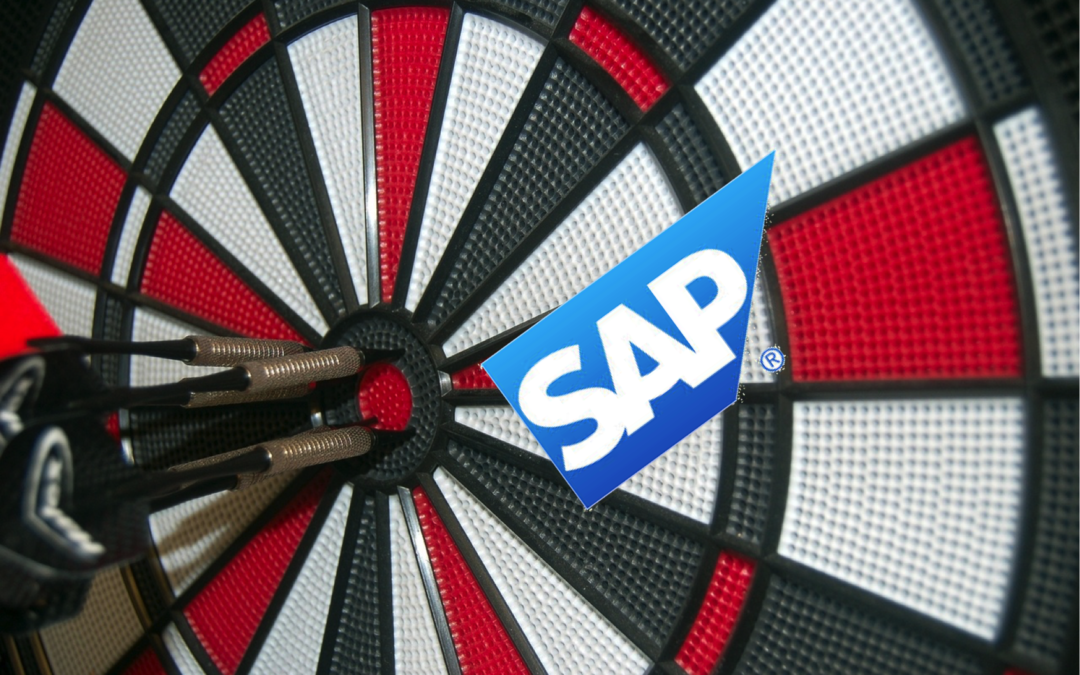 After having talked with Volker Hildebrand about the future of SAP CRM and whether or not there will be a CRM component in S/4HANA at CRM evolution 2017 I now had the chance to follow up with some folks back at SAP in Walldorf.

Volker told me that, unsurprisingly, SAP is working actively on adding CRM functionality into S/4HANA. In fact, they are merging SAP CRM into it. This is in my eyes meanwhile also the preferred of the two possible options; the other one would be marrying SAP Hybris C4C into S/4HANA. This is the approach which I originally preferred as it would lead to a cleaner code base. I changed my mind, putting customer friendliness reasons over technological cleanliness. The main advantages of merging SAP CRM into S4/HANA over SAP Hybris C4C are that this approach

And this approach works, in spite of SAP seemingly having numerous studies that lay out in detail that SAP CRM could never work as part of an ERP.

Now What is Going On?

As said, SAP is merging SAP CRM into S/4HANA. This will not be a simple merge but CRM will become and Add On to S/HANA.

This in itself is an interesting move, because this way it is not possible to continue using an existing SAP CRM in a standalone fashion. And there are some customers running SAP CRM without an ERP integration. I am still curious about the licensing impacts of this move. Some customers might not even have an SAP ERP, others might be too conservative to move on from SAP ERP to S/4HANA.

2017 – The Year of Service Functionality

The roadmap shows that SAP will start with delivering service functionality as part of this CRM add on, which makes sense as S/4HANA is sorely missing customer service as of now. This functionality shall have an RTC early 2018 based upon the S/4HANA 1709 release. While mainly relying on S/4HANA master data objects, as part of this S/4HANA will also benefit from the much stronger business partner that SAP CRM has, compared to ERP and the current S/4HANA.

There is some reluctance to commit to a precise scope at this time, just that it will be core service functionality mainly targeting shared services and utilities industries. As it seems there will not be major migration tools with this first release.

2018 will be the Year of Sales Functionality

2018 then is dedicated to delivering core sales functionality. Here we will again see a strong use of S/4HANA objects, with the exception of the flexible organizational model that CRM brings with it and a good number of CRM related objects that S/4HANA just doesn’t have, like leads, opportunities, territory, loyalty, to name but a few.

Order, configuration, pricing, and billing will be delivered by the S/4HANA core in a move that, at the outset, makes sense.

This year will also see the development of migration tools.

In brief: No. After the release of the sales core 2019 will see a focus on rounding off the sales and service functionality and the addition of loyalty management.

And with SAP Hybris Marketing SAP already has a marketing solution that can be used on premise and on demand.

How is SAP Doing It?

SAP is looking at the individual business objects and deciding individually which object to use, and how. Objects will get harmonized in order to avoid costly redundancies and to avoid CRM Middleware – which will remain, by the way.

Especially the highly normalized one-order model will get denormalized, using the existing index tables that got introduced to get some performance into the CRM Order model. This will also benefit the HANA DB which strongly prefers wide tables over joins. I am not fully clear about what that means when putting the S/4HANA order into the mix, though.

But What about the UI?

S/4HANA uses a Fiori UI. SAP CRM doesn’t. However, it is possible to make the CRM Web UI look similar to a Fiori UI. This will be augmented by delivering Fiori apps for overview pages and some selected native Fiori apps along with Fiori Launch Pad integration. I imagine this being similar to the current UI on SAP Hybris Marketing.

As said before I think that it is a good move to merge SAP CRM into S/4HANA. The sequence of objects for this mere also makes perfect sense although some customers would likely prefer a wider footprint right from the beginning. On the other hand there is no real pressure for them to migrate now. SAP continues support through 2025 and it is a good idea to continue benefitting from the stabilizing effect that the customer driven innovation strategy has and to wait until migration tools are there and working.

And companies that are contemplating to move to S/4HANA need to complete this migration first, anyways. Harmonizing the data models obviously means that a migration from SAP CRM to ‘S/4CRM’ is a migration project, for which a stable S/4HANA is a precondition.

What stays a concern for me is the positioning of ‘S/4CRM’ versus the SAP Hybris set of cloud solutions. There is a significant overlap in functionality. The messaging of when SAP recommends which solution really needs to be worked upon in order to avoid confusion. Grey zones must become minimal.

The answer seems to be there for Marketing, where there is only one solution going forward. But how about loyalty management (exists in CRM and as a cloud version), trade promotion management (exists only in CRM), retail execution (is mainly a cloud solution), or configuration and pricing? S/4HANA has the latter two and with the SAP Hybris Revenue Cloud there is another entry (although belated) into the CPQ (Configure, Price, Quote) market.

An approach for solving this lies in distinguishing between systems of record and systems of engagement where slow-changing, mature functionality is concentrated in the S/4 world and faster moving engagement functionality is encapsulated in engines that could get deployed on site and on premise – or only be used on demand. Coupling systems of record and systems of engagement then could happen via micro services, but should happen on a platform- rather than application level to accommodate for machine learning abilities.