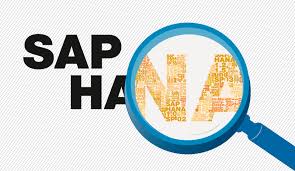 Yesterday SAP announced SAP HANA 2, an updated and improved version of its flagship product SAP HANA, and new SAP HANA microservices through SAP Hybris as a Service. SAP HANA 2 will be available for first customers on November 30 and an express edition shortly after its general availability. Note: if SAP talks about RTC this usually differs from General Availability, which is only after a successful ramp-up period of about 3 months to validate a product with early adopter customers. So the Express Edition will probably be released around end of Q1/2017.

In usual bold marketing words SAP HANA 2 is poised to be a “new foundation for digital transformation” and is according to Bernd Leukert, member of the executive board, Products and Innovation at SAP SE, the continuation of “breakthrough innovation on a highly stable core data platform for our customers”.

SAP HANA 2 shall deliver enhancements in the areas of database management, data management, analytical intelligence and application management as well as well as two more services for cloud customers: Text Analysis and Earth Observation Analysis. The latter in a beta status only. These latter two new HANA functionalities are likely to be the reason of tying the two announcements.

The update cycle of HANA 2 shall be 6 months.

It is interesting that SAP refers to the new HANA services as microservices. This suggests that these services are built on top of the HANA 2 core – or else HANA itself has been rearchitected to be built on a microservice architecture. I rather think the former, also as the delivery is via YaaS. So, SAP is somewhat muddling the waters here.

There is an enhancement to offload read-intensive workloads to secondary systems, with the reason to improve operations. While this seems sensible on the outset: Does this suggest that there are scaling problems with read operations?

The predictive analytics capabilities have been enhanced. Although the press release talks about “Analytical Intelligence” SAP does not jump on the bandwagon of Artificial Intelligence and Machine Learning here. This is interesting in itself.

The extension of runtimes to support additional languages and the enhanced file processor API is an important step although the statement of build packs and runtimes “can be used within SAP HANA extended application services, advanced model” is sufficiently fuzzy to raise some question marks.

There is no statement about upgrading/migrating from SAP HANA to SAP HANA 2.

Assuming that the upgrade from SAP HANA to SAP HANA 2 is a simple upgrade we are definitely seeing an evolutionary approach here that combines additional functionality with ecosystem play and a (gentle) push into the cloud.

The push to cloud is evidenced by making some interesting services, namely the trio of Text Analysis services, available via YaaS only. While the Earth Observation Analysis service is interesting in itself its highest significance probably lies in its suggestion for an upcoming industry orientation on top of HANA. This would cater for SAP’s solution orientated strengths.

Making all these services available on top of the platform indicates the remuneration models SAP is going for: A base fee for platform and core applications plus usage based billing for sometimes important parts of functionality, which are delivered as metered services. It remains to be seen whether SAP finds a customer friendly balance here.

The ecosystem play shows itself in adding language runtimes and the express edition that both will attract additional developers who will build new services and applications on top of HANA. Combined with YaaS this is a powerful model.

Analytics is a core (horizontal) part of a platform as it is important for nearly every business scenario. Here we are coming to a concern, which revolves around what has not been announced. While very much hyped the topics of AI and machine learning are important. And both are platform technologies, as advanced analytics capabilities are. Salesforce just nonchalantly, almost in a sub-clause announced their Einstein as being part of the platform. SAP so far keeps fairly silent on both topics, apart from a partnership with IBM Watson.