SAP and Microsoft bring their Partnership to the Next Level 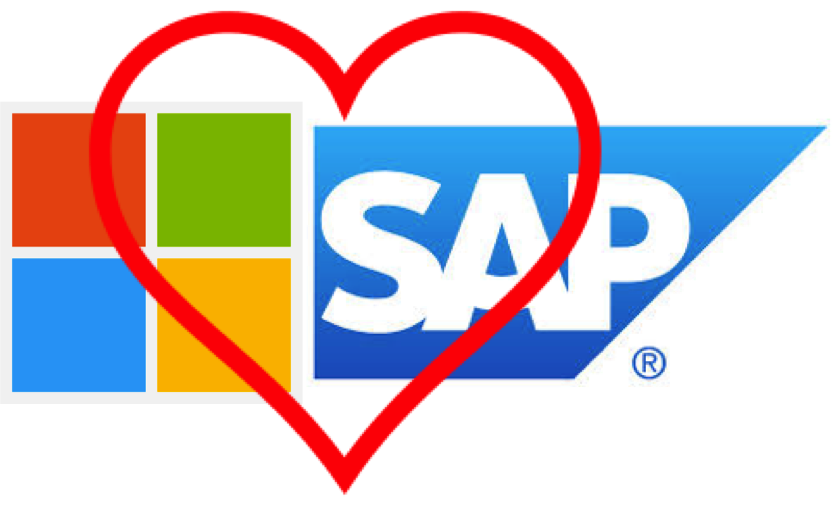 On November 27 SAP and Microsoft announced a new level of their strategic partnership.

Their key messages are that

Of course it is not much of a surprise to SAP “connoisseurs” that SAP is not running its business on just one instance of their own S/4 systems – still, twelve is a fairly sizeable number to migrate to Azure. It is also not much of a surprise that Microsoft is an important and committed SAP ECC customer. As such Microsoft, of course, has plans to upgrade to S/4.

All in all this is the long due follow-up announcement to the 2016 SAP and Microsoft announcement of “empowering organizations to advance their digital transformation”. Back in the day I wrote that this announcement shows a lot of potential for the customer and that Microsoft likely will have more advantages to Microsoft than for SAP. In 2016 the announcement was also about Fiori. There is no word about it anymore today.

As an interesting aside, Microsoft announced that it will use Azure AI (Cortana) and it’s analysis services for “more efficient financial reporting and more powerful decision making”. This, of course, offers them a cross-sell opportunity as Azure AI, if working on their own systems, can be productized easily.

I do not remember that SAP has made a joint announcement to this depth with AWS. An additional swipe at AWS is that this announcement got made on day one of AWS re:INVENT, which is one of, if not THE premier AWS conference. This is a fairly clear sign that, while SAP pursues a multi cloud strategy there are clouds that may be more important to SAP than others. And vice versa, that there are business workloads that should be more important to the IaaS providers than others.

Salesforce has announced a deeper cooperation with Google as major news the recent Dreamforce 2017 conference, as I covered in my analysis of the event.

Oracle still prefers their own cloud services, although it is possible to run Oracle on AWS.

While SAP runs its own cloud with sizeable investments this announcement also sheds a light on SAP not being an IaaS player at heart but having its core on the application level, meaning PaaS and SaaS.

The buildup of a global IaaS infrastructure is not only expensive (as one can regularly see and hear in SAPs quarterly reports and analyst briefings) but also takes time. While SAP runs data centers all over the world the company is certainly behind the key IaaS players. And I am not clear about whether SAP will (want to) run non-SCP applications in its cloud.

All this indicates a continuing trend of the software powerhouses away from AWS:

And then we didn’t even talk about the Alibaba cloud.

The build-up of camps has not only begun, but also intensified. “Commonwealths of Self Interest” are emerging.

The announcement of SAP and Microsoft is backed by not only one or two, but four joint customers of global reputation: Coca Cola Company, Costco Wholesales, Columbia Sportswear, and Coats. Apart from this being a fairly high number it also is a strong indication that this announcement is not a shoot from the hip but well prepared and bases on (beta) tested functionality.

An observation that almost has the quality of a running gag by fellow analyst and friend Holger Mueller in his analysis is that these customers’ names all start with a ‘C’ and hence may be only a part of the full list of early customers.

But more to the topic it is certainly a sign that SAP is migrating a good number of their key internal systems from their own (or their subsidiaries!) data centers into Microsoft’s.

The sign is that SAP itself is convinced that

SAP with this move basically confirms my view that Microsoft will become the key IaaS provider for larger business workloads in front of AWS.

Microsoft’s announcement of using its own Azure AI to improve decision making opens a few interesting scenarios. First, it offers options, after Microsoft connected Azure AI to S/4. Second, and more interestingly, Azure AI can become a part of SAP Leonardo by embracing its capabilities. Connecting Azure AI to SAP systems opens up a treasure trove of additional data that SAP does not have access to. This data can be used in all sorts of marketing, sales, and service scenarios – as well as in-house scenarios. It will be interesting to watch this space.

Especially businesses that are heavily invested in both, SAP and Microsoft, could likely benefit from running SAP on Azure.

We are no more talking about reliability or security. Effectively cloud delivery is at least as reliable and secure as running IT in house. With an emphasis on “at least”!

On the longer run companies should look at whether they could leverage brokering systems that enables them to shift their workloads from one cloud to the other depending on current pricing. Being able to use different clouds also has an advantage in disaster recovery – it is highly unlikely that two clouds go down at the same time.