Why TikTok is a fit for Microsoft, Walmart and Oracle 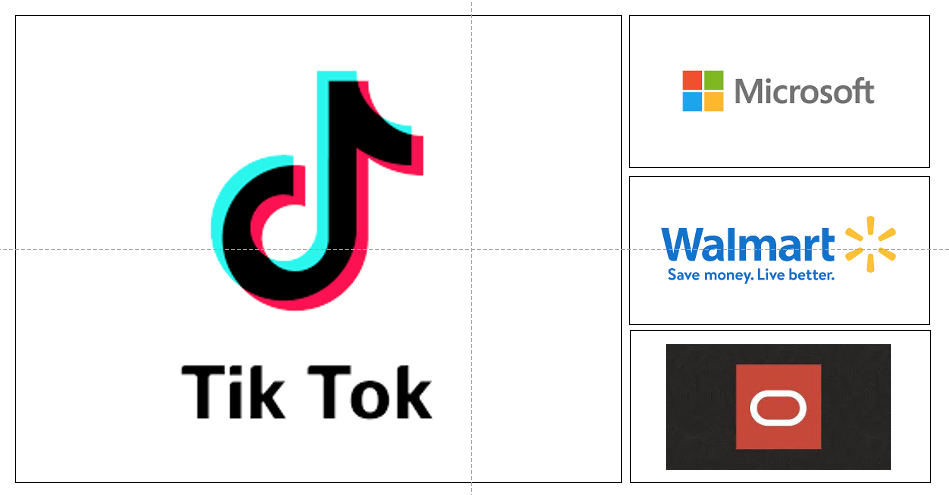 Will ByteDance be able to sell some of its non-Chinese TikTok business or not? TikTok, the app that is all the rage with millenials who post thirty second movie clips and seem to have tremendous fun with it. And which got valued at more than $ 50 bn US before it was threatened with a ban in the US.

It is less than a week to the deadline for an enforced shut down of the infrastructure. Time to jot down a number of seemingly, but not so random thoughts.

Microsoft, in combination with Walmart, and Oracle, along with some unnamed additional investors, appear to be the frontrunners for making a deal. There are rumours about at least Twitter and Netflix showing some interest, too.

If they are allowed to make a deal, and then willing to make it given the boundaries that are set by both, the US and the Chinese governments.

There is tremendous pressure exerted by the US government citing a threat to national security because it could provide data about US users to China. This would make it necessary to ban the app in the USA if the US business stays under Chinese control. India already banned the app back in June 2020.

China, in turn, updated its export control rules, restricting the export of “technology based on data analysis for personalized information recommendation services” (login required). This is pretty much exactly what TikTok does. This means that the sale of technologies that are implemented by TikTok are now subject to ByteDance as the owner of TikTok getting a governmental approval.

It is not unreasonable to assume that these technologies are crucial for successfully closing a deal.

As a consequence, both main competing parties, but also any other party that still participates in the race, are now somewhat situated between a rock and a hard place. In addition, the stances of both governments are prone to lead into an escalation circle.

What can be interesting for the bidders? I do see four factors here that are of different priority for the different parties.

Let’s look into these factors company by company, starting with some of the key assets that TikTok has to offer.

According to Visualcapitalist, TikTok holds number 7 with 800 million monthly active users (MAU) when it comes to reach. Out of these, roughly 100 million are US users. 60 percent of these are Gen Z users with allegedly as much as a third being 14 or younger (login required). More than half of its US users is younger than 30, although the share of users aged between 25 and 44 is increasing. 44 percent of its users are female. The app is highly addictive, with an average daily use of 52 minutes and, according to data offered by TheVerge, younger people aged four to fifteen spend an average of 80 minutes using the app. Comparing that with numbers provided by techjury, this is significantly higher than the time spent using any other social media app.

TikTok has a very active user community. More than 80 percent of the app users have posted at least one video. TikTok also actively encourages creators to stay creative with its Creator Fund that helps fending off competition like Facebook Reels, YouTube, and others. The short format certainly helps.

This combination of active audience and active content creation leads to fast rising revenues for TikTok, although it is in no way comparable to the likes of Facebook, yet.

At the core of TikToks success lies its matchmaking algorithm that selects the videos that users get presented based upon their behaviour and interests. As ByteDance sees itself as an AI company, and looking at the massive amounts of data that are available, this algorithm can only be a highly efficiently trained AI, which means that the AI behind it is a very important asset, too.

A challenge here might be carving this out of an existing platform as all of this is built on a platform that is used by other apps, too.

What TikTok started to do is combining advertising and e-commerce, making it far easier for users to buy directly out of the app, via a ‘Shop Now’ button that leads to the corresponding offering on an e-commerce site. This sounds like a simple thing, but has a profound impact, as Amazon has shown. TikTok’s Chinese cousin, Douyin, has already morphed into an e-commerce platform.

The heavy use by TikTok users creates a lot of data that is valuable for marketers. It is also the foundation for the machine learning algorithms used by TikTok. An interesting question here is in how far ByteDance uses data across apps and countries to train its models. If they do so, then the quality of the recommendations might go down, which would have a negative impact on the app usage.

So, let’s have a look which of these factors might contribute to the suitors’ businesses.

Oracle has reportedly offered north of $20 bn US for the US (and perhaps some other non-Chinese parts of the) TikTok business. The company has partnered up with VC companies General Atlantic and Sequoia Capital that both hold stakes in ByteDance for its bid.

And at a first glance Oracle doesn’t really seem to be a very good match for TikTok. At the end of the day, Oracle doesn’t have any B2C or social media business. With a 2019 TikTok revenue of less than $200 million US the offer seems to be high. And Larry Ellison is not known for being stupid, so there surely is a plan.

So, for Oracle the TikTok reach of about 80 to 100 million monthly active users in the US as well as its creator community are a means to get to data.

Oracle owns Bluekai, a web tracking and data management platform that recently earned a negative reputation for being hacked. Bluekai, as well as all other companies operating on web tracking face stiff head winds with more and more browsers offering tracking protection by default and legislation like the EU “cookie law” regulating the use of web tracking more and more. The behavioural and interest data provided via apps like TikTok is likely more accurate, and even more current than data provided by web tracking, especially considering that mobile use is going up vs. desktop use and that mobile users tend to spend a lot of mobile time using apps.

So, connecting TikTok data to Oracle’s CDP could make a lot of sense. The potential loss in data to keep the user’s TikTok feed of high quality can be (partly) overcome by the data coming in via Bluekai.

Secondly, with ATG Oracle has an e-commerce system. This, admittedly, is a long shot, but why not creating a service offering that integrates TikTok and an ATG-powered mall that makes it easy for vendors to first get into e-commerce and second, already offers a system that drives buyers to their shops. Of course, this would work for connecting existing e-commerce sites, too.

All in all I’d say that the major value for Oracle lies in data and to some extent in access to AI expertise.

This is a no brainer. Walmart has an obvious interest as it competes Amazon in the e-commerce world. So, for the company all four aspects that TikTok offers are very valuable. There is an established large audience and active creators who already now make a living with product placement. Further, it is easy to convert TikTok into an e-commerce driver, with then already integrated ads. Similar to the Amazon model, a click on the ‘Shop Now’ button that is part of a video or a live stream would lead to revenue directly to Walmart, or later to storefronts that users or customers could set up within the app. This would be the new world equivalent of the Amazon web site.

Algorithms and underlying data would serve to hit the road running and to make sure that users get served the right videos.

Microsoft has both, a consumer and a B2B business. With LinkedIn it owns a professional network, with Xbox a community of gamers and with Bing a search engine. The data provided by TikTok would be an additional stream of behavioural data that can serve better and wider training of Microsoft’s AI, while probably reducing bias. The result are better search and other services offered by Microsoft.

This makes the audience quite interesting, as it is probably very different from the gaming audience and at a minimum delivers complementing interests of users that are on both platforms, Xbox and TikTok. Gaming as well as search or LinkedIn data can probably mitigate the potential loss of data that is used to keep the TikTok users’ feed of high quality.

Similar to Oracle, connecting TikTok data to Microsoft’s CDP could make a lot of sense. So does the potential of using it as an e-commerce platform to bolster its Dynamics 365 Commerce offering.

But the real strength comes with the combined bid of Walmart and Microsoft. Both firms are strategic partners since 2018. Walmart runs more and more of its infrastructure on Azure. Adding TikTok would add workload to the Azure IaaS while Microsoft would be able to improve its services for Walmart, which in turn would result in higher revenues, a better competitive position against Amazon (and increasingly Alibaba, thinking of it) while keeping the actual operations of the platform in the hands of Microsoft.